NASCAR Racing Riches will provide lotteries a game based on the results of live NASCAR Cup Series races. EquiLottery Games and NASCAR will work together to implement this game through state lotteries as soon as 2021.

“We are excited about the opportunities a relationship with NASCAR presents for lotteries,” said EquiLottery Games Founder and CEO Brad Cummings. “When released, NASCAR Racing Riches will introduce both the sport and lottery to new consumers, while engaging existing customer bases. Based on our consumer research, this game is setup to be a winner for all parties involved.” 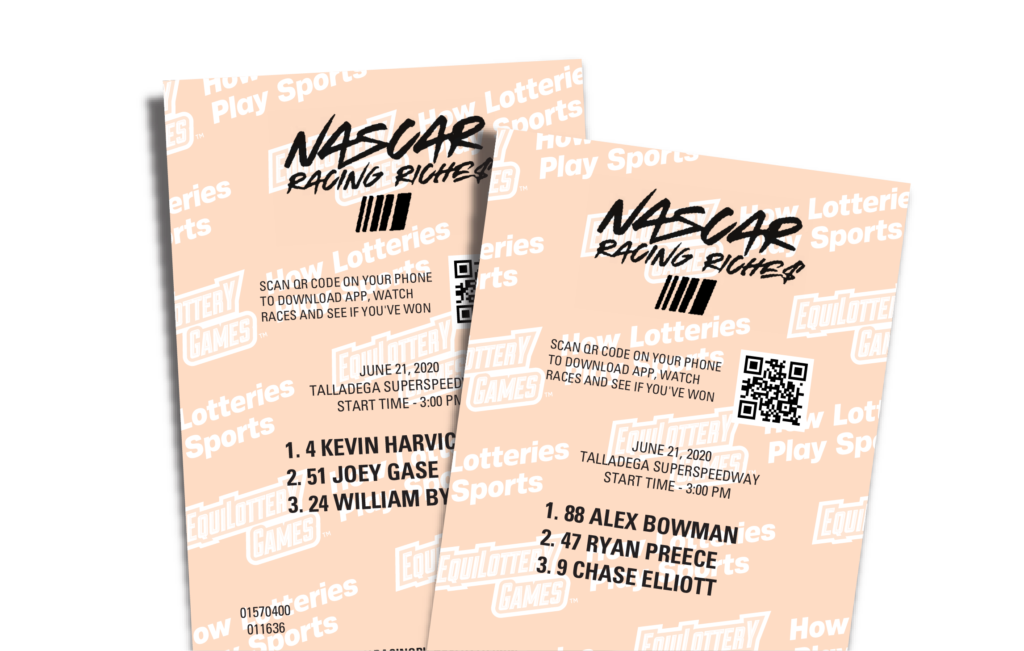 To play, consumers will purchase NASCAR Racing Riches quick pick tickets featuring three drivers entered in that week’s NASCAR Cup Series race. Prizes range from $5 to $50,000 and the game’s overall odds of winning are 7 to 1, making the game easier to win than other draw games. The weekly game will run concurrently with the NASCAR Cup Series schedule.

“As our sports betting platform continues to mature, we are exploring even more ways to engage new and existing fans,” said Scott Warfield, Managing Director, Gaming, NASCAR. “We’re impressed with the development of this new live sports lottery category and the opportunities it affords NASCAR to ignite new passionate fans.”

Developing a series of live sports games of pure chance protected by US and Canadian patents, EquiLottery Games has agreements with some of the biggest names in sports and gaming including Major League Baseball, IGT, and Penn National Gaming with additional major professional sports licensing agreements yet to be publicly disclosed. The first offering from EquiLottery Games, a live horse racing lottery game called Win Place Show, is tentatively set to launch in August of 2020 through the Kentucky Lottery after its scheduled April launch was delayed due to the COVID-19 pandemic. This will mark the first ever daily lottery game based on the results of a live sporting event in the U.S.

As the developer of the first daily lottery game based on a live sporting event to be offered through a U.S. lottery, EquiLottery Games is the pioneer of this exciting new game of chance sports category in lottery and gaming. This first-of-its-kind company offers a series of games based on popular sports such as auto racing, baseball, basketball, football, hockey, and horse racing and partner with leagues and racetracks to integrate their iconic branding and valuable IP with the convenience of government lottery systems. Protected by US and Canadian patents, EquiLottery Games supports its lottery offerings through a series of products and services that make its games plug-and-play for its state lottery customers. These include central gaming systems, data licensing, horsemen negotiations, intellectual property licensing, mobile apps, multi-channel marketing support, second chance raffle prizes, sports calendar development, sports league licensing, systems integrations, and video streaming.

Seth Young Joins EQL Games Board of Directors Addition of U.S. gaming innovator signals digital focus for EQL Games After a year that has seen the lottery startup significantly expand its content, licensing, and technology offerings, EQL Games announces the addition of Seth Young to its board of directors. Young brings over 15 years of experience […]