Breeders’ Cup to Partner with EquiLottery Games and the Kentucky Lottery 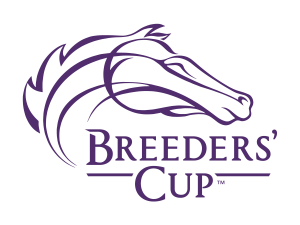 Kentucky Lottery players can be part of the action at this week’s Breeders’ Cup World Championships as two races will be featured in Kentucky’s Win Place Show game. In its first year of operation, the live horse racing lottery game is available at thousands of lottery terminals across the state.

Kentucky Lottery players will be able to buy a quick pick lottery ticket which includes three horses featured in the TVG Breeders’ Cup Juvenile presented by Thoroughbred Aftercare Alliance on Friday, November 6 and the Longines Breeders’ Cup Classic on Saturday, November 7. This year’s edition of the Breeders’ Cup is being held at the historic Keeneland Race Course in Lexington, Kentucky. 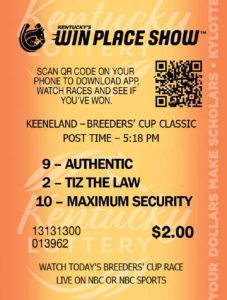 “It was my first trip to the Breeders’ Cup in 2009 that gave me the idea for what it is now Win Place Show,” said EquiLottery Games Founder and CEO Brad Cummings. “I was so captured by the excitement of this two-day event and out of that experience, I was inspired to develop a way to bring new people to a sport that had eluded me until my 30s. Having the Breeders’ Cup join our iconic catalog of sports brands is literally a dream come true. We look forward to bringing these exceptional races to players all across the Commonwealth.”

Players will be able to purchase Win Place Show tickets based on the two Breeders’ Cup races on November 6 and 7 at any Kentucky Lottery retailer. All tickets are two dollars and quick pick-only which means players do not have to be an expert in horse racing to win money at the races through Win Place Show. Each ticket has a QR code that allows players to download the Win Place Show mobile app. Players will be directed to the NBC telecast for the live stream and back to the mobile app for race replays. As part of this collaboration, the Kentucky Lottery and Win Place Show will be holding social media contests and placing in-store signage in nearly all locations to build excitement and awareness around the game.

“We are excited to be running the upcoming Breeders’ Cup World Championships in Kentucky and to be able to bring the races to all Kentucky Lottery players through the Win Place Show game,” said Breeders’ Cup Senior Vice President, Marketing Justin McDonald. “As always, the event will showcase the top Thoroughbred talent in the world, and this year fans in Kentucky will have even more reason to cheer and tune-in to NBC Sports thanks to Win Place Show.”

The Breeders’ Cup joins a growing list of iconic sports brands that have teamed up with EquiLottery Games to grow this live sports lottery game category. Over the past year, EquiLottery Games has announced licensing agreements with iconic sports brands including Major League Baseball, NASCAR, the National Basketball Association, and the Preakness Stakes. Win Place Show has been developed in partnership with AmTote International and 1 S/T Technologies, the leader in horse racing technology. 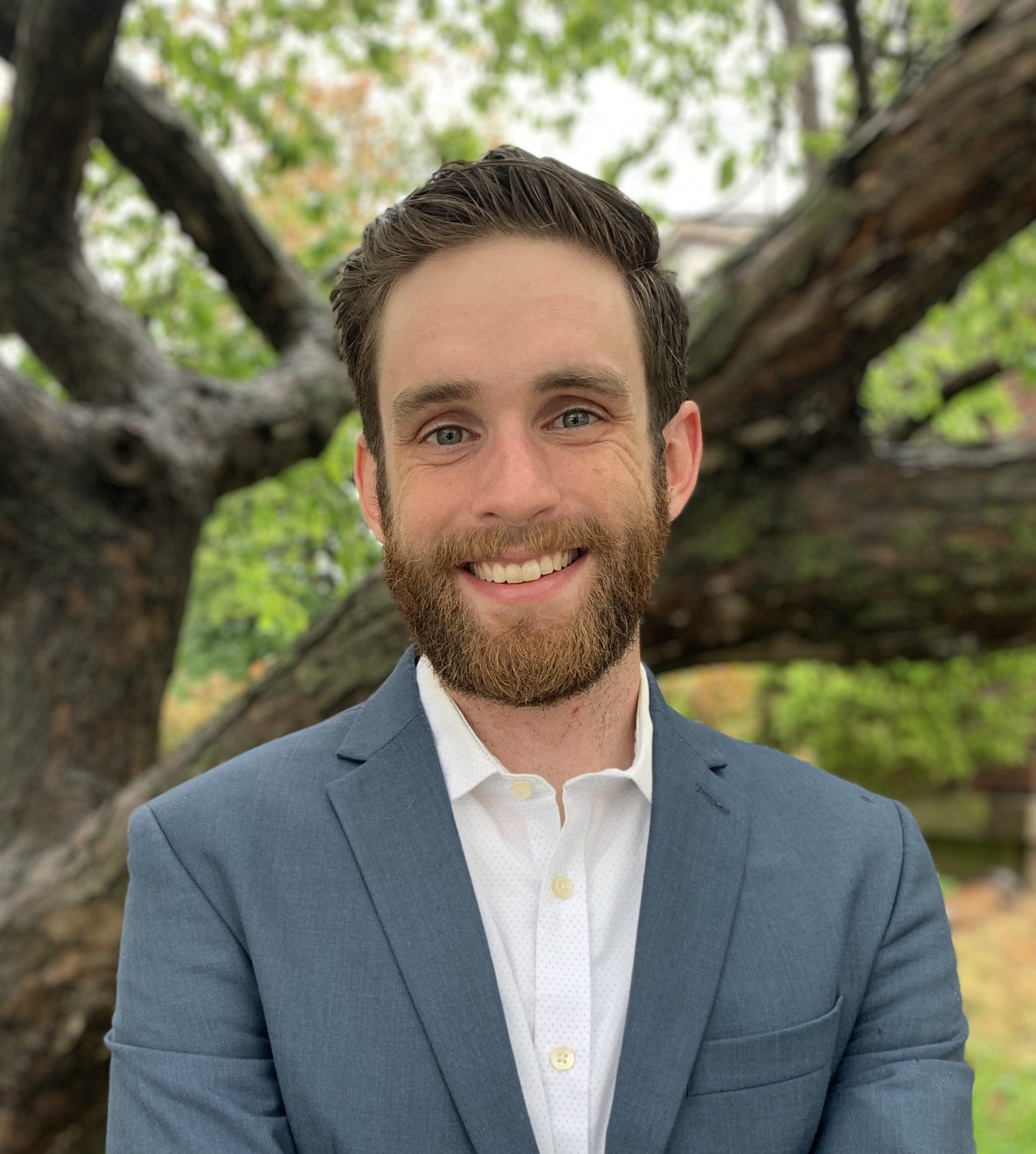 Jarret Oldham joins EQL as Product Lead. EQL Games, a provider of technology and games based on the outcome of live sports to the government-regulated lottery industry, today announced the hiring a Jarret Oldham as Head of Product. In this role, Oldham will manage product development by the EQL Games in-house engineering team. A native […]

Seth Young Joins EQL Games Board of Directors Addition of U.S. gaming innovator signals digital focus for EQL Games After a year that has seen the lottery startup significantly expand its content, licensing, and technology offerings, EQL Games announces the addition of Seth Young to its board of directors. Young brings over 15 years of experience […]